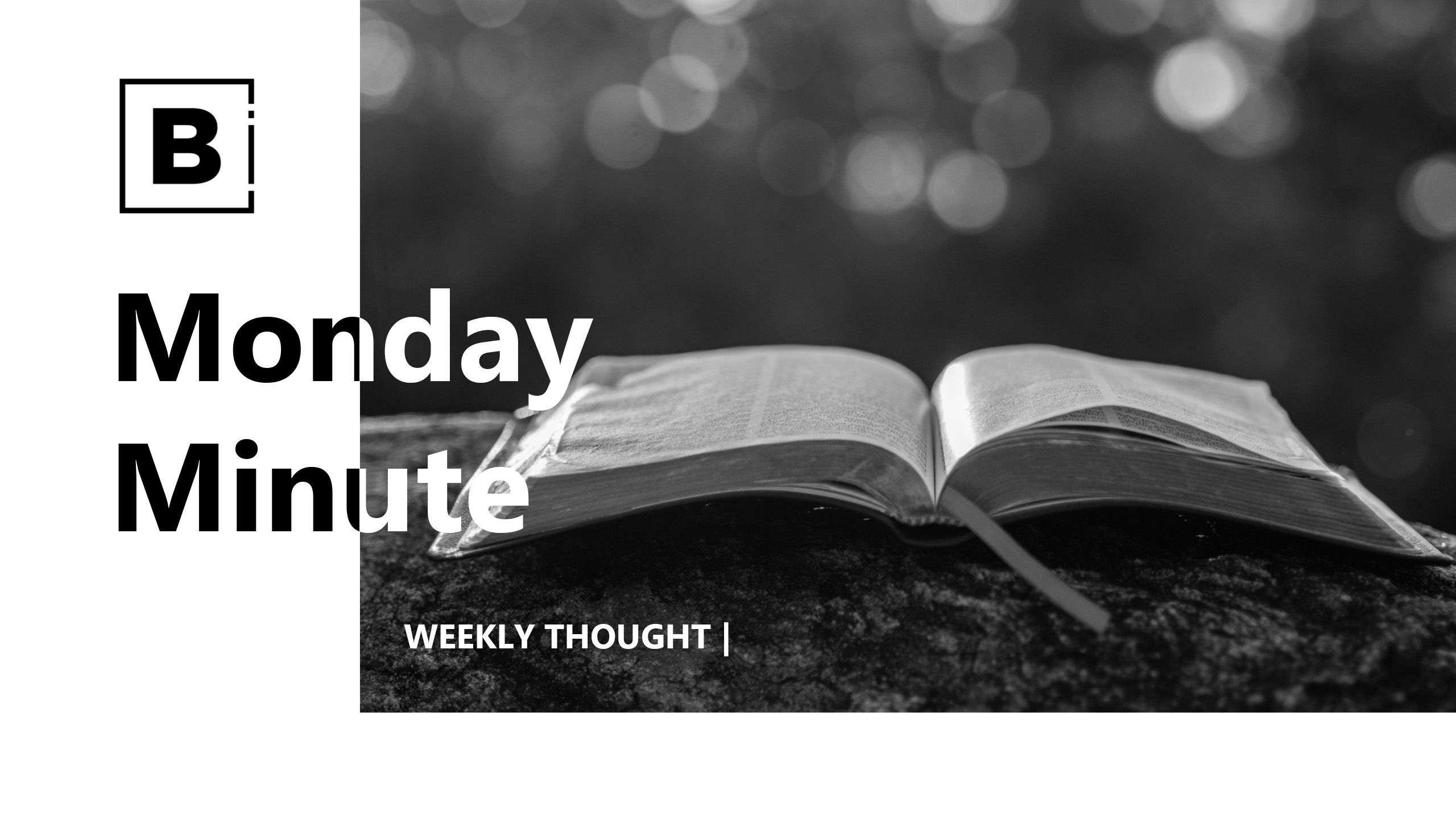 What comes to mind when you see that word? Is it love? Strength? Character? Safety and provision? Consistency? Authority?

There are few words in the English language more loaded than the word father. One would do well to find any other figure in the fabric of society that carries more weight than a father.

Power enough to lift or crush the human spirit is found in that small six-letter word, father.

When Jesus taught his disciples to pray, he began with the word "our," to focus our attention on the fact that when we pray, we pray together as a collective community. (You can read more about that in my previous post here:) He then begins to frame our focus for everything that follows in this lesson on prayer through the lens of the word "father."

Why would Jesus use such a loaded word to align our prayers? He, in all of his sovereign wisdom, surely would have known that, depending on the individual praying and their history and family, there would be a broad spectrum of possible loaded responses to such a portentous word.

For the one person, thinking of God as a father is unbelievably helpful. If you are like me, and are blessed to have, or have had a great "father on earth," then it comes as a liberating and freeing thought to think that Jesus wants us to approach God almighty, first and foremost as "father." If God is half as good at being a father, as my father has been to me, or if he loves me half as much as I love my children, then I can rest easy in his ability to care for me and his immeasurable love for me. He is by nature, infinitely better than the best earthly father.

That said, for some people, praying to God as father isn't initially helpful, it's a hurdle. They've not experienced fathering in any positive way.

But, maybe Jesus isn't trying to throw salt in your "father wounds." Perhaps he knows that, even though you haven't experienced what a good father is, you know what it isn't, and that vacuum in your soul speaks to a heavenly standard of who a father SHOULD BE. Perhaps this prayer is an invitation to the fatherless to trust God to fulfill all of the gaps and wounds left by the father they've lacked.

The reality is, for those of us who have good fathers, even the best of them aren't perfect, and they still leave something to be desired. Every earthly father is limited. You quickly learn the reality of your own limitations and inadequacies when you have your own children. Even the greatest men, with the best intentions, still fall short, and know it because something inside every human being tells us deep down "this is what a father is, this is what a father does, this is who a father should be."

I believe that is the point. Jesus calls us to posture ourselves when we pray, before a PERFECT, Heavenly (Holy) Father. He wants us to draw from either the best experiences, or the worst, and aim them at the standard of what a father should be, the one that is buried deep inside of us and then, he wants us to pray to that perfect Heavenly Father.

A father who is perfect is:

A father who never drops the ball. Never loses His temper. Has more than enough to feed and provide for His family all that they will ever need. He is fiercely loyal, protective even. He is full of joy and passion for His kids; they are His primary interest, affection and focus. He is unimaginably biased and favours His kids beyond measure. The perfect father teaches and guides His children through any and all circumstances of life with grace and wisdom that's come from experience. He loves His daughters, you should see him with His girls, so careful and attentive. And he loves His sons, especially when they try to act like Him. He is patient and so forgiving. There is nothing that His children could do that He would ever disown, shun or reject them. Nothing. He is always there when His children need him, and aware of the smallest desires and details in their lives. He is generous beyond belief, and He is incredibly rich, so His kids don't want for anything. He is capable and protective, so his kids don't need to ever worry either. He guides, corrects, shapes, heals, restores and even enjoys the small, seemingly mundane things in life with his kids, never too busy for them.

Above it all, he loves his kids with a ferocity that words can not describe. All of them. And not just His children, but their children, and their children's children. They're all His, and He's got room enough in His family for every single one of them.

How would you pray today if God were a Father like that?

"This, then, is how you should pray:

"'Our Father in heaven,

hallowed be your name,

your will be done,

on earth as it is in heaven.

Give us today our daily bread.

And forgive us our debts,

as we also have forgiven our debtors.

And lead us not into temptation,

but deliver us from the evil one.'