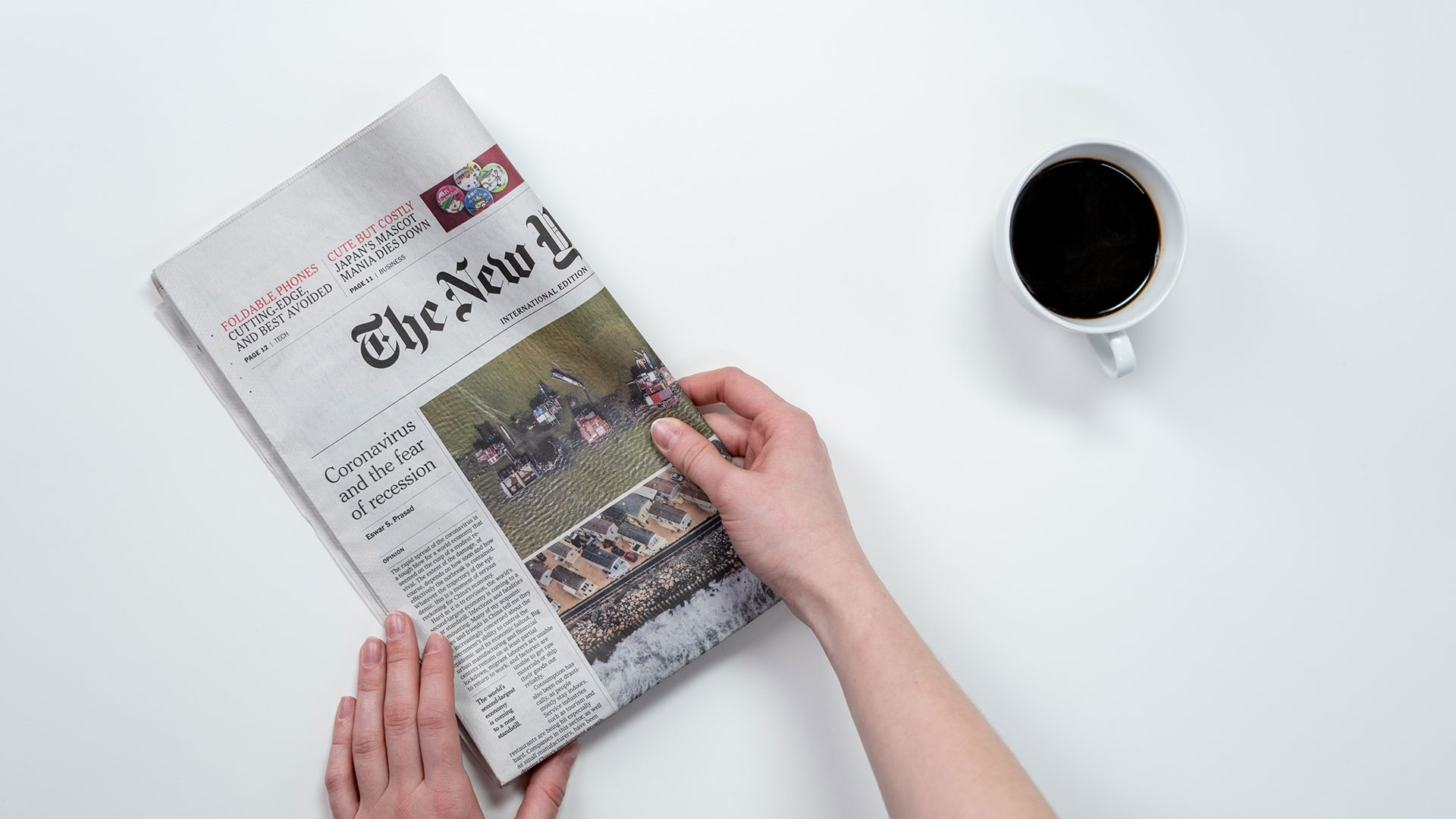 At the beginning of a new week, it's not a rare occurrence for me, very early in the day, to read some headline, to see some newsfeed, or read a social media post that is just plain bad news.  And, admittedly, it's also not all that rare for that headline to sour my mood, or in some cases, wreck my whole day. It's incredible how bad news has such staying power, isn't it?

Do you ever notice how rare it is to read a headline that is good news? You probably have read them, but if you did, it's likely you quickly forgot the good news because you read some other headline that seemed more pressing and important. Stories and testimony of political tensions, societal unrest, economic insecurity, health and pandemic troubles routinely dominate the headlines, and we are all accustomed to the intensity of the bad news cycle.

The newspaper industry has an adage that states, "if it bleeds, it leads." The idea behind this saying is that the news story that gets the front-page headline is the one that carries the most trauma.  The sages of the print industry figured out long ago that fear of trauma and tragedy sells far better than good news, and the reason for this is simple; human beings can't help but pay attention to bad news. Media companies (which are for-profit, by the way, and do not have your best interests in mind) play to that human impulse all the way to the bank.

Without getting into a debate about creation, evolution, human development and traumatic stress DNA memory, I think we can all agree that we have been conditioned in our lives to pay much more attention to trauma and threats than to good news.  We can call the media industry's adage "if it bleeds, it leads," a lot of things (greasy, slimy, malevolent, inhumane), but what we cannot say is that it's dumb.  CNN, Fox, MSNBC, CBS all know you'll read the ticker if it says something shocking and horrifying, but you won't pay much attention to good news.  I wish this weren't true, but it is. We are far more likely to focus on the pain, the trauma, the ugly and the violent than we are on what's good. It shouldn't surprise us that keeping the good news as our mental headline is virtually impossible; it's hardwired into us not to.

Be honest; if you're like me, you can readily admit that it's really hard in your day-to-day life to keep the headlines positive. Despite our best efforts to "focus on the positive" or "think happy thoughts," the headlines that tend to get the air time in our hearts and minds are generally the most jarring, disturbing, and violent, those that carry a threat to our well being. But, what if we can use that to our advantage? Maybe we should embrace the adage "if it bleeds it leads," and endeavour to keep a traumatic event front and center all day, every day.  Hear me out:

In his letter to Romans, Paul comes to the point where he explains the hope we have in Jesus, after spending much time giving the context of the Gospel, the problem of sin, and the Good News of King Jesus. In chapter 8, at what many believe to be the central point of the letter, in a magnificent crescendo, Paul writes this:

What, then, shall we say in response to these things? If God is for us, who can be against us?  He who did not spare his own Son but gave him up for us all—how will he not also, along with him, graciously give us all things? Romans 8:31-32

Paul calls us to consider the fact that Jesus didn't just come to be with us, but in fact, He came to die for us, having been given up to the most brutal of deaths "for us all" on the cross.  He calls us to take our minds back to the gift of God on Calvary, where God, not sparing His own Son, gave him to the most jarring, violent and painful death. Paul is saying, "connect the dots here, people." God Himself gave his Son, who is most precious to Him, to lay his life down (literally) to save us from the greatest threats we all will ever face, God's Holiness, punishment for our sinfulness, and the wages thereof, being death. Jesus took that for us, at the price of His own blood, through the generosity and love of The Father. Therefore, according to Paul, if Jesus took on the greatest threat for us already, and God loves us with that kind of love, and has already given us the most precious thing imaginable, we can safely conclude, because of the blood of Jesus, that "if God is for us, who can be against us?" Paul invites us to focus on the headline of Jesus's blood and to allow this to dominate our minds and hearts all day, every day.

If you can't help but pay attention to pain, trauma, violence, and significant threats to your well-being consider Jesus, and what He did on the cross, and realize it could have been, no, it should have been you.

If it bleeds, it leads indeed!

Paul finishes his thought by saying, "Who will bring any charge against those whom God has chosen? It is God who justifies.  Who then is the one who condemns? No one. Christ Jesus who died—more than that, who was raised to life—is at the right hand of God and is also interceding for us. Who shall separate us from the love of Christ? Shall trouble or hardship or persecution or famine or nakedness or danger or sword?  As it is written: "For your sake we face death all day long; we are considered as sheep to be slaughtered." No, in all these things, we are more than conquerors through him who loved us. For I am convinced that neither death nor life, neither angels nor demons, neither the present nor the future, nor any powers, neither height nor depth, nor anything else in all creation, will be able to separate us from the love of God that is in Christ Jesus our Lord." Romans 8:33-39

Put that in bold print on the ticker of your mind and rest knowing that the big threats (Satan, Sin, Death) to you and me have already been handled by Jesus, and if Jesus was willing to handle that for us, at his own expense, what won't he handle and what won't he pay for?