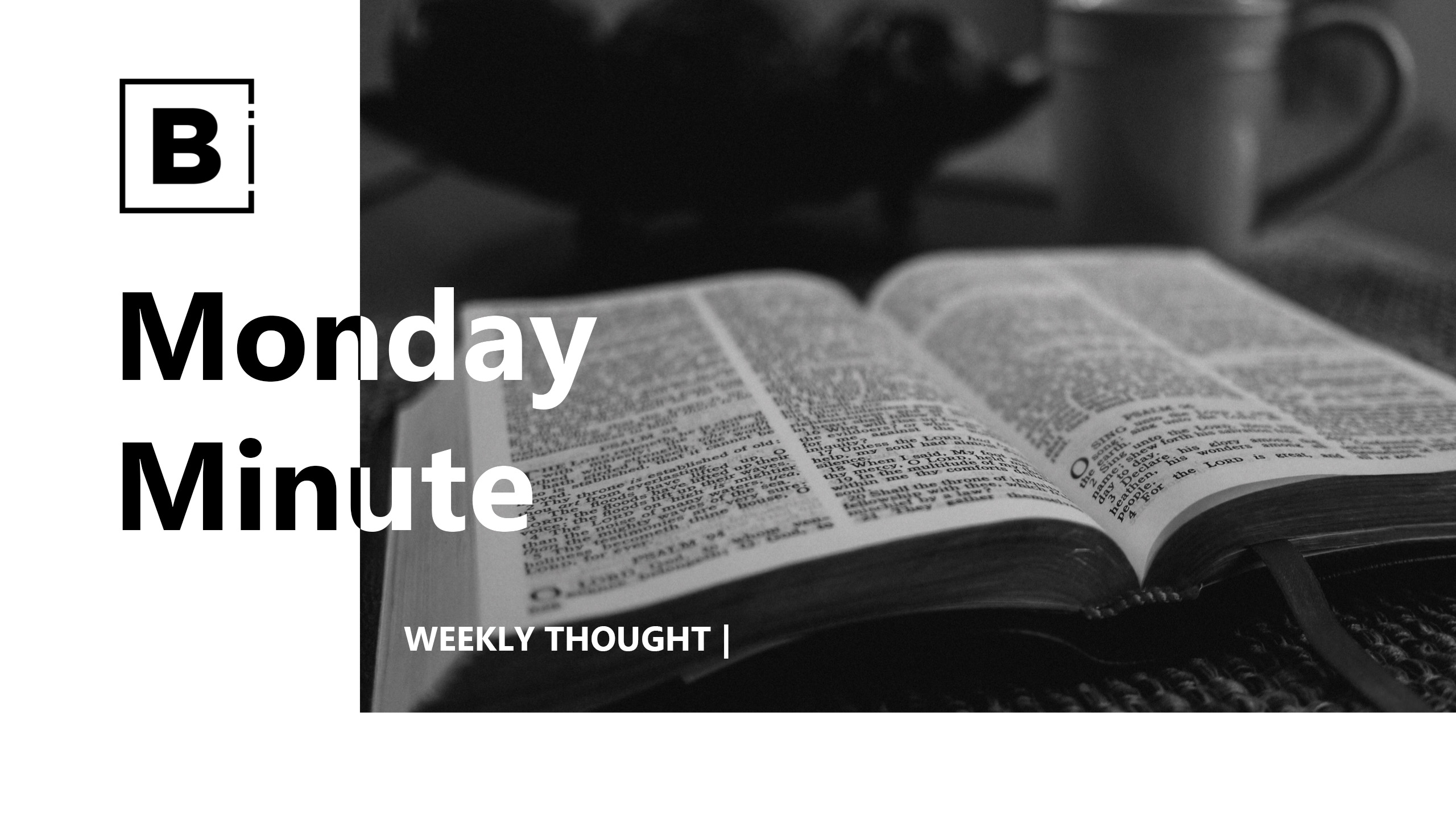 John's Gospel records seven miraculous signs, all speaking to the authority, capacity and intention of Jesus. The first of the seven is breathtaking in its significance. In it, we find Jesus shows up at a wedding where the wine had run out. To our 21st century sensibilities, running out of wine means the party is over; however, in 1st century Israel, running out of wine was a cultural taboo that would bring significant shame on the newly wedded groom. As it happened, Jesus's mother directs the disciples to "do whatever He (Jesus) tells you."

That is a Monday Minute in its own right. This week, just do whatever He tells you.

You may know the rest of the story. Jesus has seven large pots filled with water. These weren't just any pots; they were for Jewish ritual cleansing. Incredibly, He transforms the water molecules into the best wine anyone had ever tasted!

This miracle was a statement about Jesus's ability to fill what is empty and to bring true cleansing in the place of the tired, broken impossible religious systems of their day. It also speaks to His power to bring the greatest joy and fulfillment to life in all the areas where we are prone to running dry. Wine symbolizes life and joy, after all.

But in perhaps the most incredible turn of events in the story, we are told the party host (who didn't know what had happened with Jesus's incredible transformative feat) comes out and begins heaping praise and honour, not on Jesus who deserved the credit, but on the groom!

Jesus said to the servants, "Fill the jars with water"; so they filled them to the brim. Then he told them, "Now draw some out and take it to the master of the banquet." They did so, and the master of the banquet tasted the water that had been turned into wine. He did not realize where it had come from, though the servants who had drawn the water knew. Then he called the bridegroom aside and said, "Everyone brings out the choice wine first and then the cheaper wine after the guests have had too much to drink; but you have saved the best till now." John 2:7-10

In a moment that should have been the groom's greatest shame, Jesus comes along and turns it into his greatest success! And here's the best part: Jesus doesn't correct the host! He let the groom receive the glory that really belonged to Him. Jesus, from what John tells us, performs the most incredible miracle on behalf of not only the joy of the party, but the credibility of this new groom's ability to provide, and then, let's the new groom have all of the credit.

Credit that belonged to Jesus.

Sound familiar? This is the Gospel. This miracle is a sign of what Jesus ultimately came to do for every single person on planet earth, to perform a miracle of transformation on our behalf, and allow us to sit in the seat of honour and glory.

Remember this week that Jesus has come to fill your emptiness with joy and life and that He's come to bring you His glory in the place of your shame. You can rest in His accomplishment for you. He gives us all the credit we don't deserve.

May you rest in His glory this week.